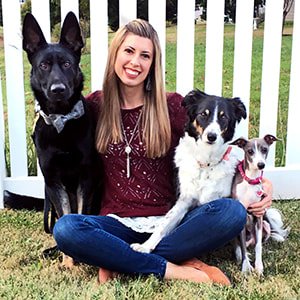 If you'd like the nitty gritty informal bio on me, here it goes...
(For professional, scroll down to my CV.)

I reside in the western suburbs of Chicago in Aurora, IL. I met my husband in cadaver lab at Palmer College. We've been together since 2007, married in 2010. We have a sassy 14 year old Italian greyhound named Bella, a sweet 11 year old border collie named Lolo, a 4 year old ham of a German shepherd named Onyx, and a jibber jabbering 16 year old African grey parrot named Tequila.

​The underwater world is such an amazing place. I love to scuba dive, snorkel, and everything about the ocean. I could stay in there for hours. I became a PADI open water diver in 2003 and have loved every dive I've ever gone on, from bitter cold and deep wreck dives out in choppy international waters to nice warm and clear tropical dives.

I also enjoy going on trails out in nature, usually with a dog or two... or three. I find kayaking fun and relaxing, sometimes my Italian greyhound joins me, in doggles and a life jacket, of course. ;)

I love learning about science topics (that is partly how I got into my field in the first place). I was an anatomy and physiology professor for a few years, teaching students going into various health fields, such as physician assistants, PTs, and nurses. However, I took off my teaching hat so I can focus on my patients.

My pets and I participate in activities. We train, do agility, trick dog, have dipped our feet in duck and sheep herding and swimming. Even though we are active, that's not to say we don't enjoy a lazy day cuddling in a giant dog pile on the couch.

I have been involved in the arts most of my life. As a kid I was involved in figure skating, ballet, and art classes. Although not as often as the past, I still create art in various media, such as paint, pencil, charcoal, pastels, plaster, gold leaf, etc and you can find me skating on a frozen pond in the winter.

I played B flat and E flat clarinet for about 12 years in school bands, community bands, and clarinet choirs. I had always wanted to learn the harp. I currently play a 26-string full lever harp that I am still growing and learning on, and greatly enjoying... my dogs seem to enjoy listening, too. I also play the Native American flute.

I have been active in monarch butterfly raising and conservation. Monarchs are endangered. Only 5% survive to a full adult butterfly in the wild, due to roundup, pesticides, humans destroying their food sources, predators, etc. I raise them from eggs through super hungry caterpillars through chrysalis and finally their release back into nature as an adult butterfly. If you'd like to help out in the simplest way possible, plant some milkweed... if you're in my area, I have plenty of seeds to share!

I love to cook... and eat. I stick to organic, locally grown, locally raised whenever possible. Much of what I eat is paleo based.

For exercise, my favorite is Barre, which is a combination of barre, pilates, and yoga. I was never really into exercise gyms or running, so I'm thankful there are other options to achieve good physical health.

Growing up, I had just about every animal you can think of... dogs, rabbits, hamsters, canary, tropical fish, turtle, newts... except for cats. (However, I still do love my cat patients!)

Caring for our planet is important to me, especially the animals that inhabit it. From my very first job at 15 years old, I began to donate $1 from every paycheck towards saving wildlife. My desire to help wildlife continued through to the present. I have visited sanctuaries and donated to charities. Most near and dear to my heart are wolves, big cats, sea turtles, butterflies and bees. I volunteer animal chiropractic care at a local wildlife center to aid animals being rehabbed so that they may return to the wild. My advice to anyone reading this is to find a cause that is near and dear to your heart and to do something to help, however big or small. The more people we have doing good things, of all kinds, the better our world will be.

Past Related Work
Professor of Anatomy and Physiology, College of Dupage - Glen Ellyn, IL - 2011-May 2013
Taught anatomy and physiology lecture and lab to health profession majors, withdrew due to Autumn Green position

Assist in Microbiological Research,  Northern Illinois University - 2013-2015
Found participants who met criteria for the study of salivary and stool microbial strains comparing raw fed and kibble fed  dogs, as well as swabs of participants to be used in the research study 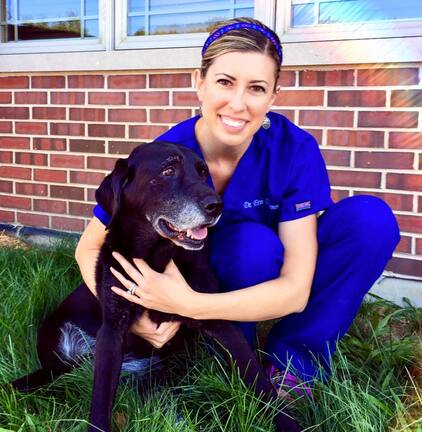